Ethical communication is a buzz word in the new decade. For sure, any business wants to be seen as a caring and responsible business. But unless you can live up to the expectations, and are willing to invest in a long-term quest, don’t hop on the bandwagon in an attempt to stimulate follower-growth.

Be real. For businesses it all boils down to a fundamental question: is your approach to business about earning an income by producing and selling good products/services to consumers in general, regardless of their age, gender, color, religion, beliefs? Or is it about realizing an idea that is supposed to inspire a pre-defined target group to purchase what you offer

There are two answers to that question. And, if you don’t mind, from a purely entrepreneurial point of view, neither of them is wrong. Because, ultimately, you don’t get to decide which ethical or political side your customers tend to. Unless you build your brand on such values.

Empathetic does not affect sales in general

We need to be clear about something: In our digital world, consumers are inspired by the recommendations they receive from influencers. But an influencer’s personal communication does not tell you if they, or their followers, would really avoid your products. Even if all the influencers in the world were to call for a boycott of products, it could leave your sales figures totally unaffected.

For a business, the only way to tell if you are no longer popular because you didn’t outspokenly respond to something that caused sentimental turmoil is to look at your sales figures. Did they drop? Did they stay the same? Or did they increase? Most likely, if you were not the cause of the turmoil, you will not see any effect. And why is that?

Situational desire and our conscience

Bratwurst and a roll. So German. It was the German hamburger before hamburgers became just as important on the diet of Germans. A former superior once told me: Enjoy your Bratwurst but don’t think about what it’s made of. His father was a butcher. And, honestly? Isn’t this what we all do, whenever we buy something we really like? Do we have to know?

There are many ways of avoiding the inconvenient truth. It’s not even a question of caring about things that matter. And we know they matter. It’s about the situation, the instant we take a decision to buy something. We tend to blend out what we believe in, whenever we really crave something. If there is the ethical option, we avoid unethical products. But if there aren’t any options, we don’t. And the short list of options depends, to a large degree, on personal preferences.

Considering the effort it takes to (politically and ethically) position a brand, one question come to mind: why do non-political-by-nature brands give questionable consumer groups such high visibility? Can consumers not de-politicize brands and products and simply like them because …, well, they like them? That is unless brands build their fortune by exploiting humans and the environment, or by deliberately building a customer base that endorses ethical wrongdoing.

We, as consumers, need to realize, that unless we boycott all brands that behave in a certain manner, we cannot blame or shame individual brands for their wrongdoings if we keep on buying products from other brands that are no less to blame or shame. And even worse, why do we shame, blame, and avoid brands that have customers we despise of, if the brands themselves simply cannot avoid them?

Likewise, dear brands, if you really want to become authentic and live the thing, rather than paint pictures, you need to engage in a sincere and, quite possibly, painful change process that will eventually take you where you want to be. Walking the talk is a prerequisite for being real in the eye of all beholders. And anytime is the right time to get going.

British sports garments brand Lonsdale did it. At some point, Lonsdale’s management reached the tipping point and wanted to rid themselves of the image of a neo-fascist brand they held in Germany. No one can tell for sure, but supposedly neo-fascists in Germany -who are somehow attached to symbolism- fell in love with the brand name Lonsdale simply because it contained the letter constellation NSDA, which is close to the abbreviation of Hitler’s Nazi party. It seems strange, since Lonsdale started as a sports brand for the working class, and with a tradition of sponsoring black athletes, such as Muhammad Ali, Mike Tyson, and Lennox Lewis. But undeniably, many outspoken neo-fascists could be seen wearing Lonsdale garments. And in our digital age, this means that you will also see pictures of such persons when you search for Lonsdale on Google. Even today.

To become less favorable to neo-fascist buyer groups, the brand, already in 2004 launched its “Lonsdale loves all colours” campaign and terminated deliveries to known neo-fascist shops. A year later, Lonsdale was a major sponsor of the Christopher Street Day in Cologne, a rather liberal West-German metropolitan city. But turning their customer base upside-down cost them dearly, initially. Lonsdale sales went down by up to 75 percent in some German states, in which neo-fascist thought is widely spread among the buyer population.

Lonsdale did ‘the right thing’ by positioning themselves as anti-fascist. And they were successful. But it took them considerable effort and resources. Moreover, with a tradition of sponsoring black athletes, why did they even feel the urge to go about it in this outspoken way? After all, their sales weren’t that bad. They did it because it mattered to them. And that created their hard-earned image of being a responsible brand that is now accessible to many more consumers.

When people speak about you, your company and your products in public, you have automatically created a reputation. Whether your reputation is positiv or negative depends on your doing. 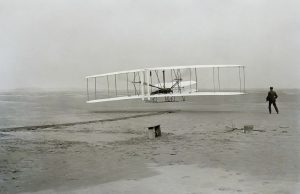 Black Dolphin Process Management has become a fundamental success factor for a company to drive transformational processes. This has tremendous implications for corporate mind set. Learn why. 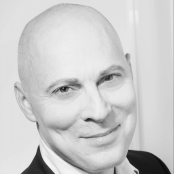